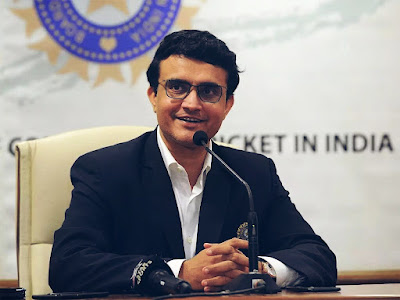 The Test match that BCCI has proposed to play in lieu of the dropped fifth Test here would be an oddball game, England and Wales Cricket Board (ECB) CEO Tom Harrison said on Friday.

The fifth Test was dropped after a COVID-19 episode in the Indian camp which made visiting players hesitant to play dreading a positive outcome may prompt 10-day seclusion and planning bad dream of the Indian Premier League.

“No, I believe it’s an independent circumstance. We have been offered a couple of different choices, likely need to investigate (those),” Harrison told ‘Sky Sports’ when found out if it would be an independent game or the series-decider.

“The glass half full form of it is that the possibilities of playing an oddball Test match against India as a point of convergence on this ground, we should attempt to follow through on that. It tends to be the main uplifting news that emerges from a day like today,” he added.

On the off chance that the rescheduled match is an oddball commitment than India would be considered champs of the series the way things are at this moment, something that has not been formally affirmed at this point.

The most probable window for the rescheduled game is July one year from now when India would be hanging around for a restricted overs’ task.

Ganguly to meet Harrison on Sept 22 or 23

BCCI president Sourav Ganguly is relied upon to meet Harrison and Ian Whatmore to examine the modalities of the oddball match one year from now during an individual visit to the UK from September 22.