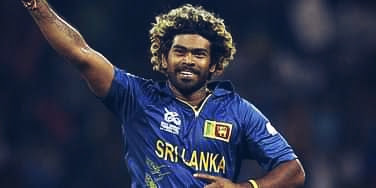 Sri Lanka bowler veteran Lasith Malinga, who threatened the world’s best batsmen with his toe-squashing yorkers conveyed from a low and sling-arm activity, on Tuesday reported his retirement from all types of cricket.

The 38-year-old, who was skipper of Sri Lanka’s 2014 T20 World Cup winning group, posted a message on his web-based media account reporting his choice.

“Hanging up my T20 shoes and resigning from all types of cricket! Grateful to every one of the people who upheld me in my excursion, and anticipating offering my experience to youthful cricketers in the years to come,” Malinga tweeted.

Malinga had resigned from Test and ODI cricket in January this year yet was at this point to punch out from T20 internationals.

Last year, he wanted to lead Sri Lanka in the T20 World Cup, which was initially booked to be held in Australia in October-November 2020 however will be held one month from now after a COVID-constrained delay.

“I’m anticipating help adolescents and guide them in the coming years,” he said as he expressed gratitude toward his public group and every one of the establishments that he has played for, including IPL group Mumbai Indians.

“I need to give 100% rest to my T20 shoes. While my shoes will rest, my affection for the game won’t ever request rest,” a grinning Malinga included the video.

Malinga, who has played a faltering 122 IPL matches, has 170 wickets surprisingly, the most elevated in the money rich association, with the best bowling figures of 5/13.